I am a hydrologist by training, profession and (much more) through a deep fascination with water in all its power and beauty.  Given the importance of water to us practically and symbolically, there is more than an element of the sacred.  I went on to study Environmental Science – one of the more fun things I have ever done.  I combined the two in biogeochemical cycling – the movement of nutrients and pollutants through biota, soils and water.  I have spent decades reducing the impact of cities, farms and mines on waterways and the life it contains.

As a relatively young environmental scientist – it was apparent that only rich economies can afford environments.   The data compiled by the World Wildlife Fund seems to confirm that we in the west are at least holding the line on the abundance of key populations.

Some wildlife populations in the US – for instance – are rebounding.  Condors and eagles are recovering from the ravages of DDT.  Wolves in the Yellowstone Park provide an astonishing example of trophic cascade.

The numbers of wetland birds have increased – although migratory shore birds continue to decline.   Other bird population continue to decline.   “North American grassland and dryland species have declined by 28 per cent and 27 per cent respectively since 1968; but North American wetland bird species have increased by 40 per cent (Butchart et al. 2010; NABCI US Committee 2009).”

“The fishes of North America’s inland waters, the most diverse of any temperate region, currently face an unprecedented conservation crisis. 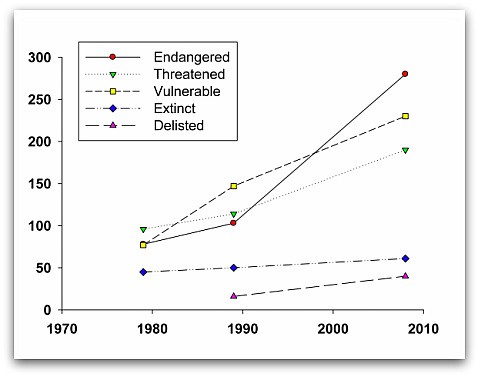 The situation with near coastal environments seems even more dire.  It results from excessive inputs of nitrogen and phosphorus that have lead to eutrophic conditions in waterways of the developed world for many years.  It results in increased number and areas of dead zones in coastal environments fringing areas of the highest population density and development.  While fertilisers have increased productivity in the context of declining soil fertility – it does have ecological consequences. 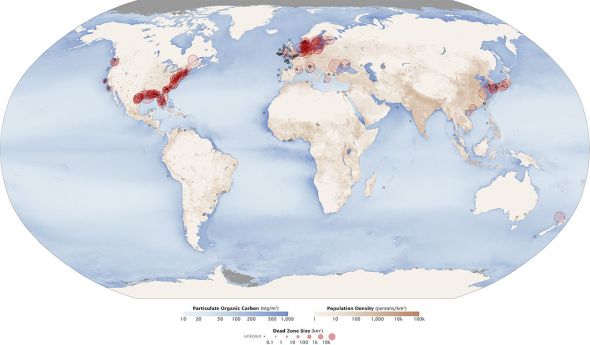 It begins with the most modern theories of human behaviour in management of the global commons.

It happens with planned interventions in cities using the most modern techniques of water science and engineering.

It happens with modern grazing methods.  If you are interested in carbon sequestration – we call this 5 bilion hectares of hope.

It is about precision farming.

It happens with the most ambitious plans to increase food and fibre production to meet the needs of the near future.

It is even about game changing energy sources.