Australia committed in Paris in 2015 to a 26% reduction on 2005 in CO2 equivalent emissions by 2030.  On a per capita basis that is a 60% reduction.  The Australian Liberal Party has a holistic policy including a safeguard mechanism as plan B.  The Labor Party seems to have only a very costly plan B.  In the order of a $12B slug to Australia’s biggest businesses – probably not terminal.  But whoever wins 100% renewables by 2030 is not on the agenda.  Politicians in general are not all that bright.  We get the ones we deserve.  But the Labor Party, greens and striking school girls are plumbing new depths of idiocy.  Only the girls have an excuse.

There is $4.55B committed to the emissions reduction fund – the green bits in the graphic.  Reductions of 193 million tonnes have been contracted with funds committed for another 100 million tonnes by 2030.  We have as well 130 million tonnes of greenhouse gas in the back pocket from overachieving on the Kyoto commitment – quite within the rules but somehow off limits apparently.

On 25 February 2019 the Australian Government announced the Climate Solutions Fund, providing an additional $2 billion to continue the momentum towards reaching Australia’s 2030 emissions reduction target. This will bring the total investment in the Emissions Reduction Fund to $4.55 billion and deliver around another 100 million tonnes of emissions reductions by 2030.”  https://www.environment.gov.au/climate-change/government/emissions-reduction-fund/about

There have been 8 abatement auctions for 193 million tonnes reduction at a cost of $12/tonne.  This is a very low cost with economic, farming and environmental benefits.

The graphic below shows that we are well on the way to a 26% reduction from 2005 levels – even with both a growing economy and population.  We are halfway there – and still with a handy little reserve from being a lot better than everyone else.  It is quarterly emissions so multiply by 4 to get annual emissions.  I include it because it shows how dumb the 100% renewables idea is.  Even if all emissions from electricity generation were eliminated – an impossible fantasy – it is less that one third of total emissions. 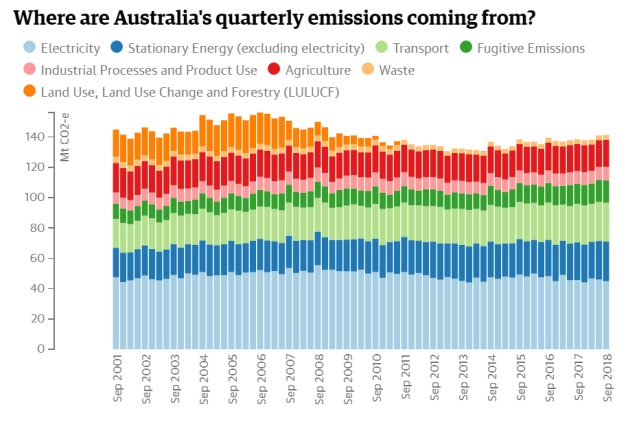 Per capita abatement and efficiency improvement is even more impressive.

Internationally our commitment is comparable.   You may note that China – along with other developing economies – commit to increasing emissions.

Globally – most growth in emissions is coming from developing nations.  Something that is fundamental to economic and social development and environmental conservation. 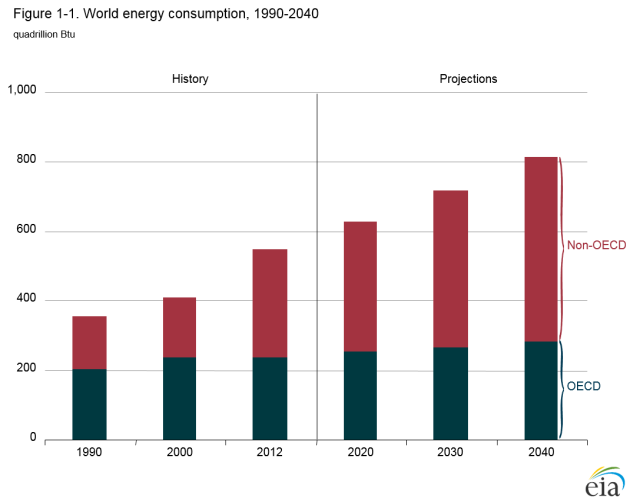 Most of that will come from high efficiency low emission coal fired plants.  Australia should build 1 or 2 more.

Including in India – the market for coal from the Adani mine.  India – and other nations in the region – have the right under their Paris commitments – and the absolute moral imperative – to develop whatever resources are needed to pull billions out of abject need.

The sight of affluent Australians attempting to subvert international rules is morally repugnant.  The Labor Party and greens are both dumb and immoral.